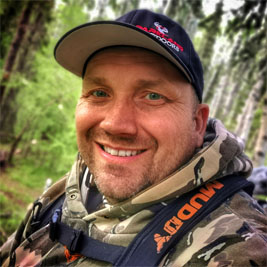 Matt DepeelPartner & Prostaff
Matt was raised hunting, trapping and fishing. With a bachelor of science degree in Environmental & Conservation Sciences, and a lifetime of experience, his passion for the outdoors has led him to many amazing experiences in the field. He brings a strong bowhunting background to the team and is excited to share his knowledge and experience with others. He takes pride in bringing new people to the sport of hunting, especially his two children.

He is a member of the Alberta Bowhunters Association, Stony Plain Fish and Game Association and active in many community events. 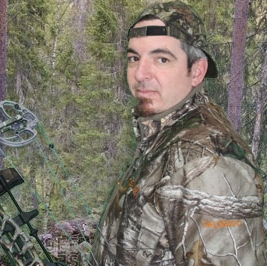 Kevin MorrisPartner & Prostaff
Kevin’s passion for the outdoors developed from an early age. Like many Alberta kids, he grew up with a pellet gun and fishing rod in hand. He has been hunting with a bow and rifle for over 25 years and looks forward to each season with the same intensity as he did in his childhood.

He is an active member of the Sherwood Park Fish and Game Association as well as the Alberta Bowhunters Association. He has a pure obsession with hunting and the outdoors which we all share.

Aim small and miss nothing!! 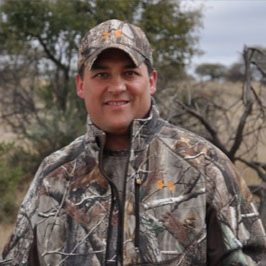 Grant (The Butcher) BurwashProstaff
Spending the first 14 years of his life in rural Manitoba, Grant began hunting and fishing with his father at an early age. Moving to Alberta gave him the opportunity to hunt and fly-fish the beautiful foot hills of the Rocky Mountains. He has also been blessed with the opportunity to hunt in South Africa.

Leading up to the hunting season he spends lots of time hand loading, shooting, and doing load development for various caliber rifles at his local gun range where he also sits as a director.

Some of the most fun he has is just being a Dad and teaching his son about being out on the land. 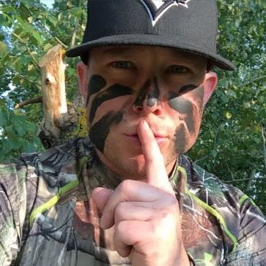 He moves to Alberta in 2006 and quickly fell in love with the Alberta outdoors and hunting scene with all that it has to offer.

Nick moved to Parkland County in 2008 and got back into archery and started bow hunting. He loves to hunt the Edmonton Bow Zone as it presents a variety of hunts in some nasty conditions.

With a background in art Nick has taken up the art of taxidermy and is looking to soon open his own shop specializing in big game and birds. 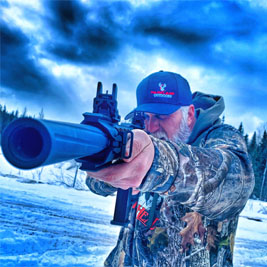 Shotgun Al ShawProstaff
Allen, aka “Shotgun Al Shaw”, is a lifelong outdoorsman and avid hunter of big game. His father introduced him to the outdoor lifestyle at an early age harvesting his first whitetail deer at age 12.

He loves to share his passion with others who are new to or interested in the lifestyle, including his daughter Kennedy who shares his obsession with the outdoors.

He is a member of the Alberta Fish and Game Association and the Canadian Coalition of Firearm Rights. Allen is also the founder of the Canadian Shotgun Shooters Facebook page, home of shotgun lovers from around the world. 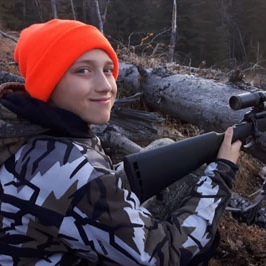 Kyle DepeelJunior Prostaff
Kyle recently joined the Parkland Outdoors team as he reached his twelfth birthday, passed his hunter training course and got his first animal in the 2017 season. He’s accompanied his dad and grandpa on many hunts and has shown tremendous excitement for the hunt.

He’s not shy for the camera and is very entertaining to watch.

Luke MorrisFuture Junior Prostaff
Since he was old enough to walk Luke loved being outdoors for hunting, fishing and camping. He loves hunting with his dad and can’t wait until he is old enough to go after his first deer. While not shy of the camera, he is quick to point out that he will get bigger and better animals than his Dad.